Amendments to the Fiscal Code – Law 296 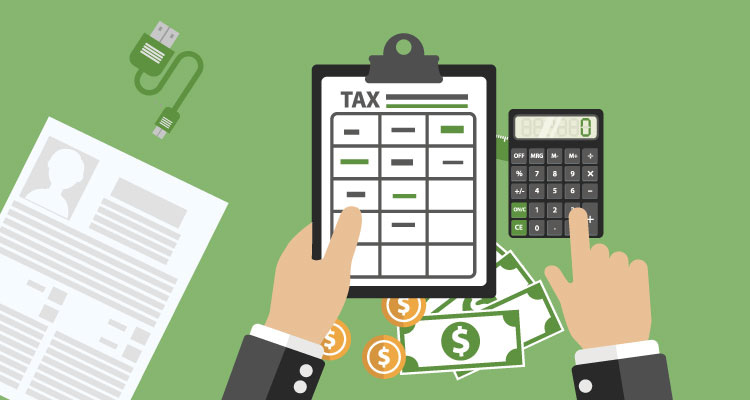 Amendments to the Fiscal Code – Law 296

GENERAL PROVISIONS
• The concept of “place of effective management” is amended to clarify the circumstances where the place of effective management of a legal entity is in Romania. Relevant procedures are regulated accordingly.
• The definition of related parties was clarified for the situation where a third person directly or indirectly holds shares in the two persons.

• Each member of the fiscal group determines the fiscal result individually and sends the declaration to the responsible person in the group. The sum of the individual declarations determines the net position of the group.
• Each member of the fiscal group has the obligation to prepare the transfer pricing file which will include both the transactions carried out with the members of the fiscal group as well as with the related parties outside the fiscal group.
• If a member no longer meets one of the conditions before the expiration of five years but the conditions are met the other members, including the condition regarding the number of members, the fiscal consolidation period ends only for the member who no longer meets the conditions.
• The provisions do not apply when the option regarding the application of the fiscal consolidation system in the field of profit tax has as purpose fraud and tax evasion.
• The introduction in the category of deductible expenses of those expenses incurred by the employer related to the telework activity.
• Regulation of the treatment of leasing contracts for persons applying IFRS standards.
• Expenses related to transactions with persons located in non-cooperating jurisdictions are considered non-deductible expenses.
• It is regulated the possibility of taking over the fiscal losses within the reorganization operations that also involve micro-enterprises.
• Introduction of a new article on the place of effective management in Romania of a foreign legal entity. If a foreign legal person is considered resident both in Romania, as well as in a signatory state of a double taxation convention, the residence of this person will be established according to the provisions of the double taxation convention. The residence will be established based on the questionnaire provided in the Tax Code.
• Abolition of the 30% limit on the value of receivables for the deductibility of adjustments related to the depreciation of receivables.

MICROENTERPRISES INCOME TAX
• Dividend income received from a Romanian legal entity is no longer included in the tax base.
• Certain exceptions to tax rates have been repealed.

INCOME TAX
• The non-resident natural person who fulfills the residency condition regarding the center of vital interests is subject to the income tax starting with the first day in which he declares that the center of vital interests is in Romania.
• The non-resident natural person who meets the residency condition regarding the number of days of presence in Romania (183 days) is subject to income tax starting with the first day of arrival in Romania.
• In case of transformation/change of the form of exercising an activity, the value of goods and rights, including uncollected receivables that are transferred to the business patrimony/changed is not included in the gross income of the activity to be transformed/changed, and is not subject to taxation.
• Inclusion in non-taxable income of advantages in the form of personal use of vehicles owned or used by legal entities that apply the tax regime of micro-enterprises or the specific tax of certain activities.
• Inclusion in non-taxable income of a maximum amount of RON 400 for employees working in telework to cover expenses with utilities such as electricity, heating, water and data subscription, and the purchase of office furniture and equipment.
• Inclusion in non-taxable income of the amounts to cover the costs of epidemiological testing and / or vaccination of employees to prevent the spread of disease.
• In the case of cash and / or in-kind benefits received from third parties as a result of the provisions of the individual employment contract, a service report, a deed of secondment or a special statute, the obligation to computed, withhold, pay and declare the tax may stay with the employer or payer of income.
• Revenues from the transfer of the use of the goods and the income obtained by the owner from the rental for tourist purposes of the rooms located in personally owned dwellings are considered.
• Taxpayers who make income from renting rooms for tourism purposes owe an income tax established as the annual income norm for the level of annual income norms (specific regulations by order of the Minister of Economy).
• Repeal of the article on the rules for establishing the tax in the case of the option for determining the net income in the real system.
• The income from the transfer of securities and income from operations with derivative financial instruments are considered as income obtained from investments in Romania.
• Gift vouchers given to people who are not employees for marketing actions, market research, promotion on existing or new markets, for protocol, for advertising and publicity are taxed as income from other sources.
• The deadline of the Personal Income Tax Return (Declaratia Unica) is May 25th of the following year.

SOCIAL CONTRIBUTIONS
• Introduces clearer provisions regarding the calculation and declaration of contributions for income from salaries and similarly obtained from abroad (for example, remuneration for members of the boards of directors of non-resident entities).
• The specific facilities for the field of constructions are extended to persons who realize incomes assimilated to salaries based on other contracts than the individual employment contract (for example mandate contract).
• Clarifies some aspects regarding the non-inclusion in the calculation base for social contributions of some advantages in money or nature from the category of social expenses (for example aid for adoption), gifts (including gift vouchers) offered during the holidays and adds a limit equivalent to the average salary per economy of the amounts offered for tourist services during the rest leave.
• The amounts granted to employees in telework intended for expenses with utilities or similar are not included in the tax base for the calculation of social contributions, up to a limit of 400 lei per month. No supporting documents are required.
• Expenses for testing and vaccinating employees to prevent the spread of diseases are not included in the tax base for the calculation of social contributions.
• Clarifies who is the person obliged to pay social contributions in the situation of income from third parties, based on the provisions of employment contracts, regulations, similar acts (e.g. incentives granted by a distributor to sales agents employed by retailers).

INCOME TAX OBTAINED FROM ROMANIA BY NON-RESIDENTS
• Withholding tax from taxable income obtained in Romania by non-residents is computed by applying a new rate of 10% (less income from dividends from a resident and income from the provision of management services) applicable to income of individuals resident in a Member State of European Union or in a state with which Romania has concluded a convention to avoid double taxation.
• Introduction of a new form called “Questionnaire for establishing the fiscal residence of the foreign legal entity with the place of effective management in Romania”.
• Modification of the deadline for submitting, the last day of February, the informative declaration regarding the withholding tax for incomes obtained by non-residents from Romania and the deadline for submitting the informative declaration regarding the gain / loss from transactions made by non-residents with securities issued by Romanian residents, respectively that of informing the non-resident taxpayer by intermediaries on the transactions performed.

VALUE ADDED TAX
• The tax base is reduced if the value of the goods / services has not been collected from the natural persons beneficiaries within 12 months from the payment term established by the parties. The adjustment is made within 5 years from January 1 of the year following the one in which the payment term established by the parties intervened.
• The threshold to apply the VAT upon collection system is increased to RON 4,500,.
• The reduced VAT rate of 5% is applicable up to the value of EUR 140,000 (at the exchange rate communicated by the National Bank of Romania, valid on January 1 of each year).
• Amendments regarding the conditions to benefit from the VAT exemption in customs for imports.
• Following the decisions of the European Court of Justice, changes are made to the granting of the right of deduction through the statement of the fiscal period in which the conditions and formalities for the tax deduction are fulfilled or through a subsequent statement.

LOCAL TAXES AND TAXES
• Wind turbine support towers and their foundations are considered to be constructions.
• The taxable value of the building is updated once every 5 years for the buildings owned by legal entities, based on a building evaluation report prepared by an authorized appraiser. The submission of the report after the first payment term takes effect starting with January 1 of the following fiscal year.
• In the case of buildings for which the building tax is due, based on a concession, rental, administration or use contract that refers to periods longer than one year, the beneficiary of the asset has the obligation to submit a declaration to the local fiscal body within 30 days.
• Granting a 10% bonus for the advance payment of the building tax, due by the taxpayers for the entire year, until March 31 of the respective year.
• Economic operators, car dealers or leasing companies which register the means of transport bought from individuals in Romania and registered in their name as inventories have the obligation to delete from the GDDLCR records the means of transport on behalf of the former owners. 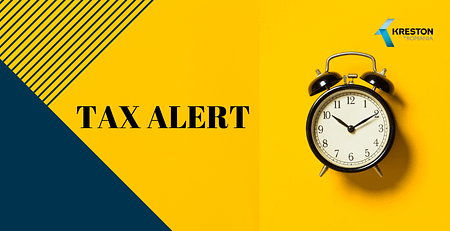 The deadline for Payment of dividend tax in the case of distributed dividends, but which were not paid to... read more 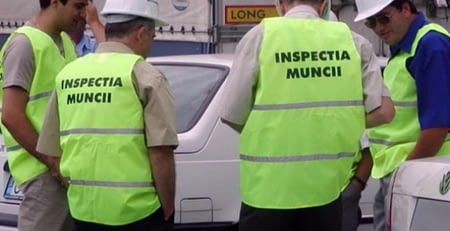 The National Strategy to reduce the unregistered employment between 2010-2012 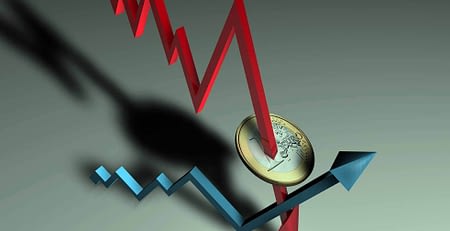 The Procedure the apply the tax amnesty for interest and penalties 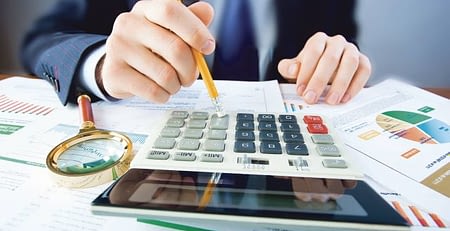 Ordinance 8/2013 to modify the Fiscal Code

Minister of Public Finances Order no 35/2014 to amend Order no. 262/2007 for the approval of taxpayers registration forms,... read more 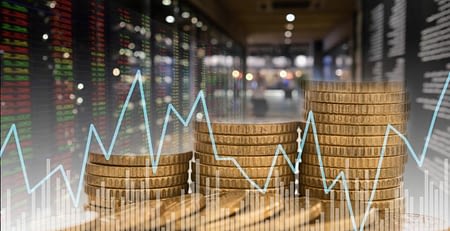 Postponed payment of tax and other measures for the economic environment

The main measures introduced by ordinance emphasize the following: 1. Introducing the possibility of postponing the payment of taxes for... read more 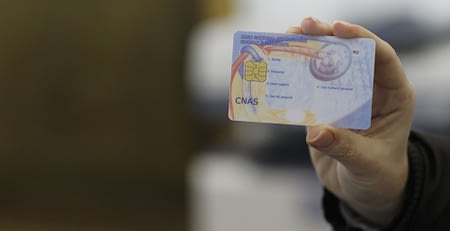 Order no. 3697/727/2016 approving the Procedure for exemption from payment of health insurance contribution (CASS) of individuals who have... read more 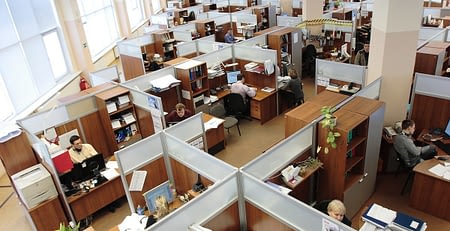 Exemptions  Taxpayers engaged exclusively in innovation, research and development are exempt from corporate tax in the first 10 years of... read more 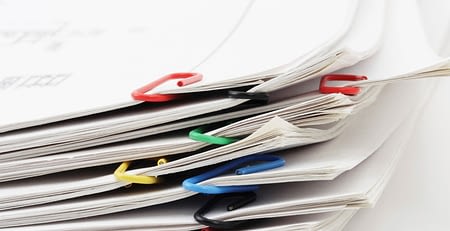 Updates to the Fiscal Code – minimum tax and transfer pricing 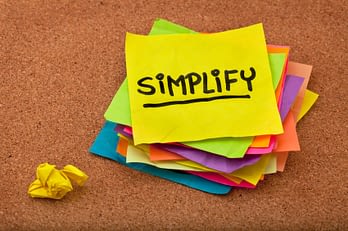 NAFA published a plan of measures to streamline revenue collection 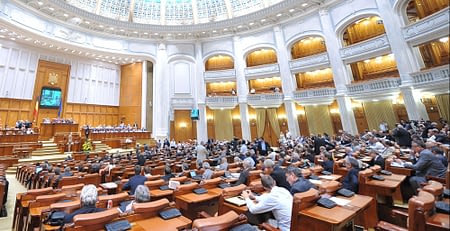 The facility of tax exemption on reinvested profits was extended indefinitely. Expenses for organizing and conducting technical education were added... read more